It is coming up on twelve years ago now when I experienced a departure from the faith I had grown up with. It was a scary time in late 2008 for me. At that point I honestly didn’t know what I was, I only knew that I was no longer an Evangelical Christian. It was quite unsettling.

What happened? I’m not sure.

Perhaps it was the seeds that God had planted from unlikely sources that had finally come to germinate.

Movies like Stargate, The Fifth Element, Star Wars, Back to the Future, Terminator… any movie that deals with the quirkiness of the space/time continuum come to mind.

Artists like King’s X, Bruce Cockburn, Daniel Amos/Terry Scott Taylor, The Choir, The Galactic Cowboys, Mortal, Adam Again, T-bone Burnett, U2, Utopia/Todd Rundgren and the 77s seemed to be tapping into some of that same mystery and drawing me in now that I look back on it.

Authors like C.S. Lewis, Stephen R. Lawhead, Madeleine L’Engle, Calvin Miller, George MacDonald, Flannery O’Conner and J.K. Rowling kept calling me back to their transcendent stories again and again… drawn in over and over by their embrace of something that was for me just a bit above and beyond this world.

Yes, out of this world… otherworldliness… that is what kept me going back to these creative works over and over.

And speaking of otherworldliness, growing up in the Church at the very least exposed me to the Gospel of St. John, often touted as the most otherworldly and mystical book of all Christian books. It is not by accident that the Eagle is the symbol assigned to this gospel, because for me at least, it soars in its mystical content.
It is in this Gospel more than any other that Jesus is cast as a Middle Eastern Mystic, making outrageous claims not only about being God in the flesh but also emphatically insisting that His flesh was real food and HIs blood was real drink and that if we didn’t eat and drink it there would be no life in us.

Most of the disciples of this Mystic left Him at that point. And He didn’t call them back trying to explain away the difficult teaching.

This was never pointed out to me in the little Church I grew up in. In fact I never even considered this reality until 2008.

Perhaps it was then that I was finally ready to hear that passage in all it’s strangeness. The seeds sown by the great writers and creators above had finally germinated, sprouted, bloomed and were bearing their first real fruits to really bite into.

For me, it was perhaps the mystery of quantum physics that opened the door a crack… and through that crack the light shone through.

It had finally begun to dawn on me that if Jesus really was and is God in the flesh, then everything He did on Earth was somehow both temporal and eternal. He is the connection between the heavenly and earthly spheres of reality.

He is THE Stargate.


Somehow my mind opened up to the reality that everything He did here occurs eternally. His Birth, Baptism, Last Supper and Final Discourse in the Upper Room, His Arrest, Torture, Crucifixion, Harrowing of Hell, Resurrection, Ascension and Sending of the Holy Spirit… ALL of these and more are ETERNAL EVENTS. They happened and are still happening both inside and outside of time.

I wasn’t ready to make that crazy, mystical, sci-fi type leap before 2008. But something... maybe it was Franky Schaeffer’s nutty book “Crazy for God”... triggered it and after that there was no going back.

Well, what does that mean and how did that so confront my childhood faith tradition that I could no longer adhere to it?

I had been taught that Catholics weren’t really Christians because they sacrificed Jesus over and over on their altars at every mass. I was also taught that there were a multitude of other very good reasons to disassociate myself with them, not read their literature, not date their women, etc. In the view of my childhood Church, the Anti-Christ would surely be a Pope and the Catholic Church was the Whore of Babylon.

So I more or less steered away from them as I was taught. Until 2008.

It was then that I realized that perhaps it was a mistake to take that line of thinking.

It was then I realized that they weren’t re-sacrificing Jesus at the Mass, they were actually participating in THE ONE sacrifice... in THE ONE last supper.

I began to see that at every Mass (or Divine Liturgy as it is called in the Eastern Church) as a mind blowing space-time portal opened and allowed those in attendance to participate in the upper room Seder meal where Jesus offers Himself as bread for the life of the world.

This changed everything for me.

From that point on, I have sought to participate in that intimate event every week, more if possible. As a Catholic, I can open up my Mass app and find the exact space-time coordinates of these portal openings any day of the week, nearly anywhere on earth. Even now during the Covid pandemic, Bishop Barron and a host of other Priests do live streaming of these portal openings daily. It isn’t the same as partaking and consuming the precious body and blood of my Savior in person, but in my heart it is no less awesome and I get down on my knees in front of my iPhone during the consecration in wonder.

Wonder and awe. These are some of the main characteristics of my newfound faith.

I say that now, but for the first several years after discovering this dimension, these multiple portals into the heavens, (or perhaps it is better seen as heaven breaking into earth, the infinite breaking into the finite in multiple places, every day, all over the planet)… I was just angry.

I felt I’d been lied to. I felt I’d missed out on the most amazing things in the universe for years because of these lies. I was furious.
Funny because I also wanted EVERYONE to come with me to see this amazing thing that God does at every Divine Liturgy and Mass on Earth. Anger and hostility aren’t very attractive. Nobody followed. LOL… no surprise there.

But lately, my sponsor in recovery has pointed out the fact that there is big a difference between a lie and mistake. 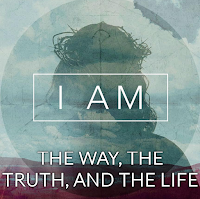 I was mistaken. Perhaps I still am. Perhaps not.

I believe I have finally found The Truth, The Way and The Life. I believe He offers Himself to me as food every day if I want it. Not just metaphorically. Not just spiritually. But real food and drink.

For so much of my life I wasn’t even open to considering that I might be mistaken on these matters.

But then suddenly… I was.

I am grateful beyond words.

Even if none of my family, friends or loved ones ever come with me, I am still grateful to be a part of the mystical body of Christ in this new and deeper way.

I pray my friends and family that took the brunt of my obnoxious convert phase can forgive me and perhaps just look at me as sadly mistaken about a good many things and love me anyway.


I will return the favor… in fact, I will lead the way into that love.

Remember, all produce on the farm is freely given
and never for sale. All donations to the farm
are tax deductible as we are a registered 501(c)(3).
If you've been blessed by our produce and would
love to make sure others get blessed too,
use the 'Donate' button below to pay it forward.
Posted by Farmer Fred at May 24, 2020